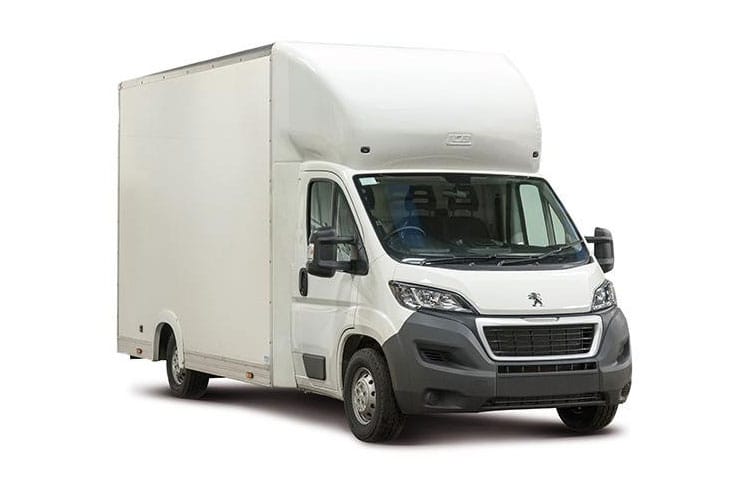 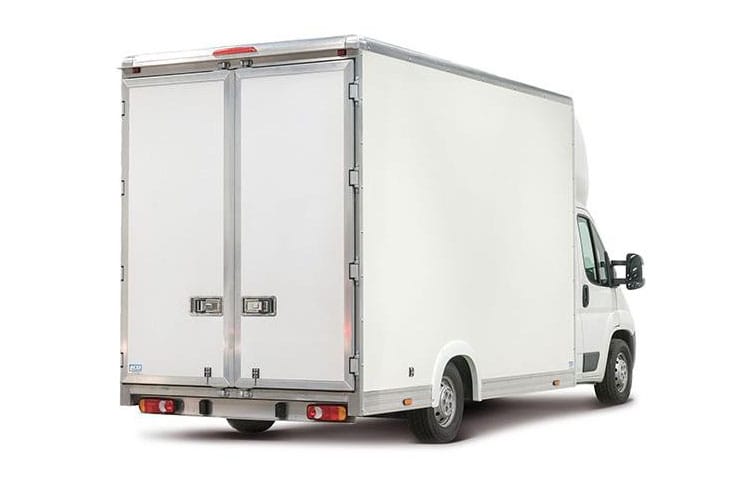 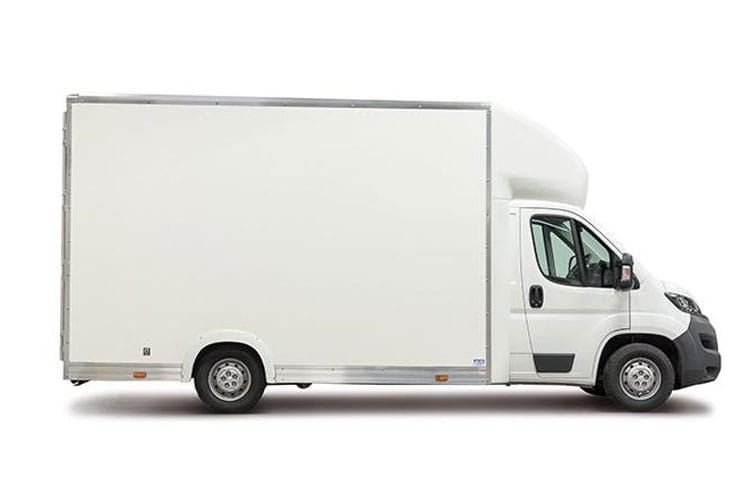 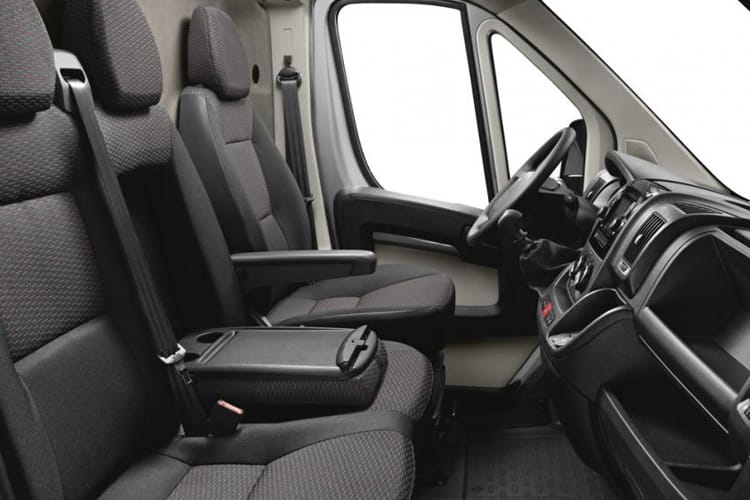 Peugeot's improved Boxer van is a more confident contender in the large LCV segment, thanks to the addition of more efficient 2.0-litre BlueHDi diesel engines. Jonathan Crouch looks at what's on offer.

Peugeot's Boxer is a large LCV that has forensically focused on the things that make a real difference to fleet operators in order to give its heavyweight the best chance of a unanimous decision. Let's check out this revised model with its more frugal range of 2.0-litre BlueHDi engines.

When choosing a van that can punch above its weight, Peugeot might not be the first name that springs to mind. In fact, you might well associate the brand with smaller commercials like the Partner and Expert. If you need something very big and tough, chances are that you might have looked at the Ford Transit, the Vauxhall Movano or maybe the Volkswagen Crafter. Overlooking Peugeot's Boxer is easy to do but could well bring on an acute case of buyer's remorse. The Boxer has quietly edged itself into position to challenge the very best in this market and the latest model, a beneficiary of more than two million miles of testing in extreme conditions, brings the sort of quality, robustness and durability that commercial operators demand. Couple that with what's now promised to be the best fuel economy in the market and a wide range of bodies and load capacities and you have a vehicle that's capable of doing the business.

The Peugeot now offers a strong line up of two 2.0-litre BlueHDi diesel engines, both fitted with diesel particulate filters. At the foot of the range, there's a 120hp unit with 310Nm of pulling power. The next BlueHDi unit up is the 140hp variant, which delivers 340Nm of torque, 20Nm up on before. Big brakes, strong suspension mountings and a rigid body all improve the driving characteristics. BlueHDi technology has enhanced performance too. If running costs are everything and your business is urban-based, there's also now a full-electric model too. The ESP stability control system is particularly refined on this van, with a Load Adaptive Control function which adapts the point at which the ESP intervenes, according to the load in the vehicle and its distribution. There's also Hill Start Assist, built into the ESP software. This system is activated when the vehicle is stationary, engine running, foot on the brake pedal, on a slope steeper than 5 per cent, in forward gear going up or reverse gear going down. Under these conditions, braking pressure is maintained for around two seconds after the driver releases the brake pedal, offering assurance and ease in moving off without the vehicle dropping back, whatever the load in the vehicle.

On to the main practical facts you'll need. There are two body styles - Panel and Window van. The Panel and Window van can be specified in four lengths (L1, L2, L3 and L4) and three heights for the Panel van and two in the Window van. The Panel van offers loadspace options between 8m3 and 17m3. And payload options between 1115kg and 1900kg. And aesthetics? Well normally when manufacturers try to translate exterior design cues from cars onto vans, the how approach fails and comes across as a bit desperate, but the Peugeot Boxer actually looks pretty slick with its big chromed grille. The headlights are interesting too, looking like rather feline eyes, garnished with a daytime running light strip. The interior is nicely executed with far better materials quality than you might expect. The steering wheel looks quite car-like and can be trimmed in perforated leather as an option. The dashboard gets a smartly styled control panel and buyers can option it up by choosing from a wide range of audio systems. Black 'Darko' cloth punctuated with red and grey is used for the seats, with brown Achille trim as an option. The whole effect contributes towards the perception of quality and creates a modern appearance in the cabin. Despite that, this van is tough - and feels it. This Boxer has benefited from testing such as 1,500 hours at temperatures from -20??C to +40??C to ensure that the components and materials used in mechanical, plastic and electronic parts won't easily age. It's been subjected to 1,000 dunkings in 10cm of water or 3cm with saline spray, with no washing of the vehicle during the following 1,000 km, to validate the sealing and resistance to corrosion. Half a million door opening test cycles were carried out at temperatures of -30??C to +80??C, to simulate ten years of hard use.

Peugeot's fighting for a share of a revitalised post-recession large van market, which now represents around 500,000 vehicles a year in Europe. The has grown by around 0.25 per cent in recent years, but Boxer sales have doubled that rate of growth, Peugeot's figures rising by 0.5 per cent. The latest version should do even better. It's certainly well equipped, even at the entry-level point. There are 'S', 'Grip', 'Professional' and 'Asphalt' trim grades. All models now feature Bluetooth with a USB input, a full steel buckhead and deadlocks. Step up to the Professional model and you get air conditioning, an alarm, cruise control with a speed limiter, a rear parking aid and a 5'' colour touch screen. This monitor allows the operation of all functions, such as audio streaming, reading SMS text messages and an integrated satellite navigation system, as well as the display of the image from the reversing camera. Safety inclusions across the range run to anti-lock brakes, a driver's airbag and ESP electronic stability control with emergency braking assistance. There's also various storage areas, as well as a document holder and writing table built into the folding backrest of the centre seat.

The entry-level Boxer is an L1H1 (short wheelbase, low roof) panel van which can be specified in 3.0 and 3.3 tonne gross weights and has a load space volume of 8.0 cubic metres. Despite this being the smallest van in the range, it still has a load length of 2670mm, an internal load compartment height of 1662mm, a maximum load width of 1870mm and a between-the-wheel arches dimension of 1420mm - wide enough for an 8ft x 4ft sheet to be loaded flat on the floor. Graduate to the medium wheelbase L2 model and you can get both standard and high roof formats, giving respective load volumes of 10 cubic metres and 11.5 cubic metres. The Boxer L2 panel van has a load deck length of 3120mm and either an interior load height of 1662mm (H1) or 1932mm (H2). It can also be specified in 3.3, 3.5 and 4.005 tonne gross weight versions. Should you really need some capacity, the long wheelbase L3 format will be the ticket. In this configuration, the New Relay van has a load deck length of 3705mm and an internal load height of 1932mm, which gives a 13 cubic metre capacity. The Boxer also offers a record load width of 1.87m and 1.42m between wheel arches, a low load sill, between 493 and 602mm, one o two sliding doors and rear doors that open to 96?? and extended to 180?? due to a folding check strap and to 270?? as an optional feature. The Euro6 2.0 litre BlueHDi diesel engines offer better fuel economy than before, with the 140hp unit returning up to 34.3mpg (WLTP) and up to 153g/km of CO2 (NEDC). If running costs are everything and your business is urban-based, there's also now a full-electric model too.

The Boxer is faced with some really strong rivals but rather than shy away from the challenge, Peugeot has come out swinging. It's hard to argue with a van that offers this sort of refinement inside while also being able to claim such excellent economy figures and backing it up with a large and practical load bay which boasts the broadest load width in the sector. Perhaps the most interesting challenge to the Boxer will be the one from its sister vehicles, the Citroen Relay and the Fiat Ducato. Much will come down to the individual deals you can gain from your dealer there, but the Peugeot might just win out, in this country at least. A lot of thought has gone into making the Boxer work for its operators. The service intervals are lengthy at two years or 30,000 miles. It runs on 15-inch tyres, which are the cheapest and easiest to get hold of for van fleets. The engines are chain rather than belt driven so don't require replacement every 60,000 miles. Small things like this make a difference. Peugeot hopes you'll agree.