The BMW X2 made its full public debut at the 2018 Detroit Motor Show. The X2 slots into BMW’s ever expanding line-up of SUVs, settling in nicely between the X1 and the X3, as an option for buyers who rank style ever so slightly higher than practicality. Look under its skin and you will find that the X2 utilises BMW’s UKL2 platform, meaning it shares much of its engineering with the X1 and MINI Countryman. While this means engines are limited to four-cylinders, it also suggests there could be the option of plug-in hybrids further down the road.

Unlike some cars, the X2 retains a lot of what its concept car exhibited back at its public reveal. With swept-back lights, rising window line (incorporating BMW’s signature Hofmeister kink), ultra-slim hatchback glass and even the BMW badge inset into the C-pillar, all being transferring over from the Concept X2.

Short overhangs help give it a sportier look than the X1, but the two models actually share the same wheelbase. Continuing the theme of a sportier look, the roof line has been lowered by 70mm, giving the SUV a faint whiff of coupe about it.

The BMW X2 will be offered in SE, Sport, M Sport and M Sport X specs; the latter two command a £3,550 and £4,350 premium over SE models respectively. SE features sat-nav, dual-zone climate control, a power tailgate and 17-inch wheels, while Sport has sports seats and LED lights. M Sport variants get larger wheels and body-coloured side skirts, and M Sport X versions switch some of the design details to grey, for a more off-road-biased look. The M Sport and M Sport X models are also 10mm lower than regular X2s. 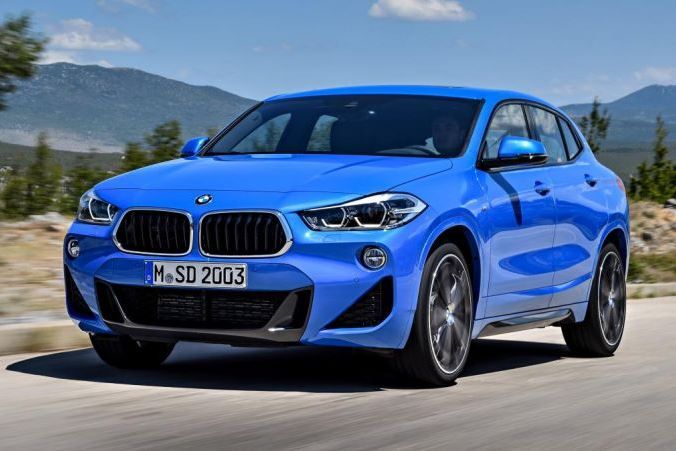 Inside, the X2 gets familiar BMW design cues, including iDrive and a 6.5-inch infotainment display that’s standard across the range, but which can be upgraded to a similarly sized Touch Control set-up, or an 8.8-inch screen with the same features. A head-up display will also be offered, as an option, along with WiFi hotspot preparation. Apple CarPlay will also be an extra, however, and Android Auto won’t be available.

The X2 range will initially be comprised solely of the xDrive20d is its various trim levels, which comes with 188bhp, 400Nm of torque, and a claimed 0-62mph time of 7.7 seconds. However, it emits between 121 and 126g/km dependent on which wheel size you opt for, and has a claimed economy of 60.1mpg.

Following on at an as-yet unconfirmed later date, the engine range will expand with two more diesels and a petrol: the sDrive18d, xDrive18d and sDrive20i. Hence, offering buyers the options of two-wheel drive (‘s’ denoting only two driven wheels) and a petrol. The two diesels will come with the same 148bhp and 350Nm of torque, however they differ slightly in 0-62mph times, claimed economy and emissions. 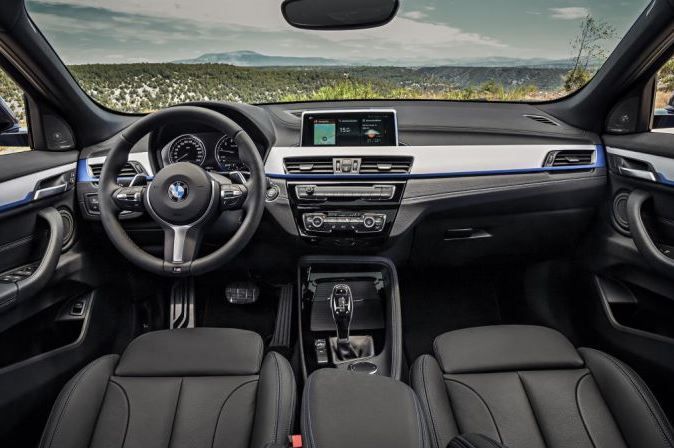