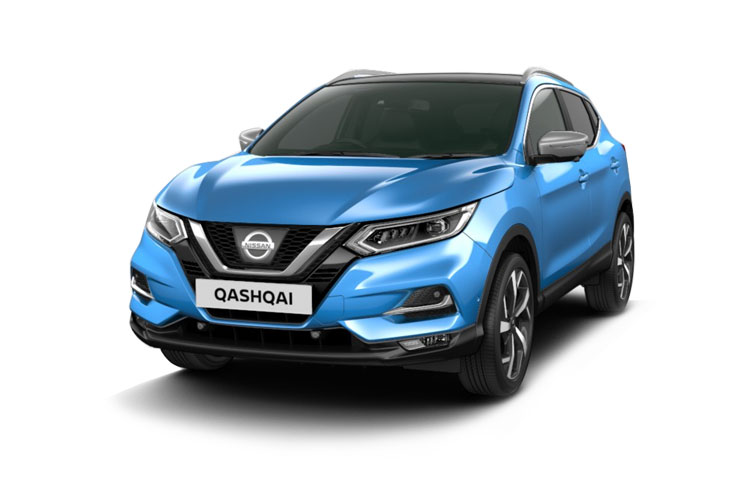 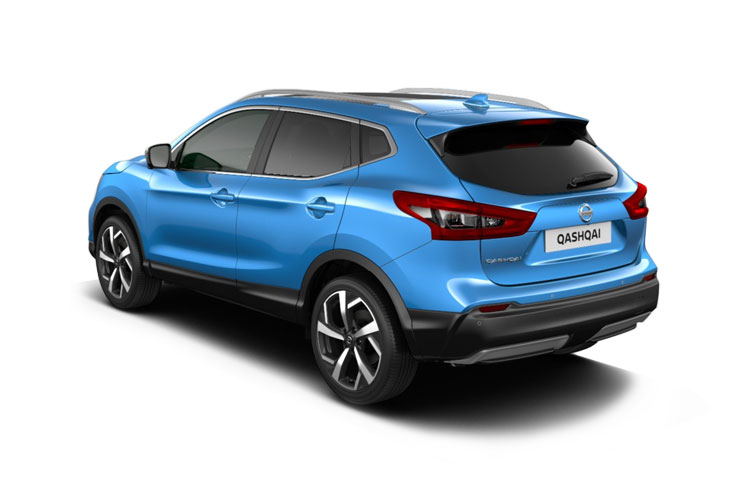 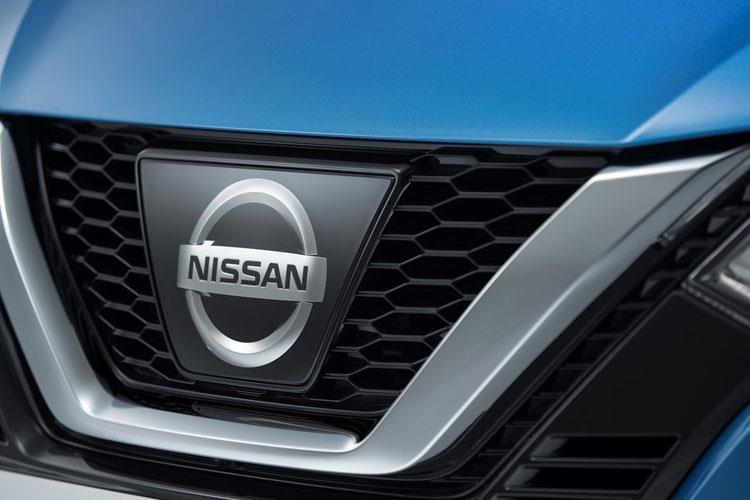 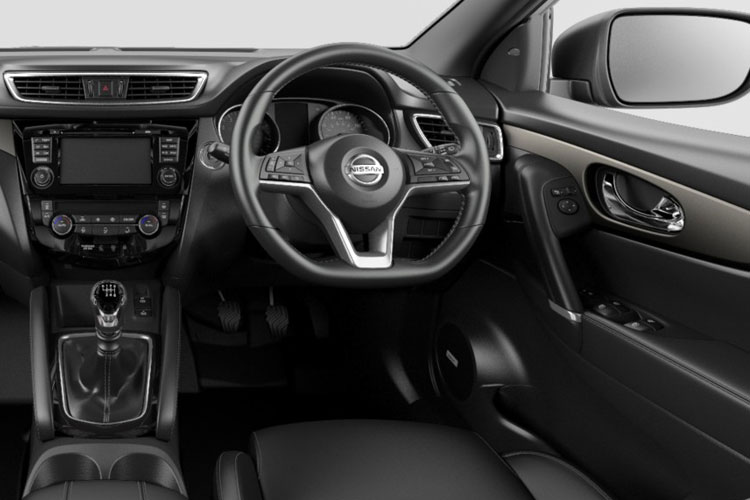 Nissan has gone all-out to keep this third generation Qashqai ahead of an increasingly competitive chasing pack in the volume brand part of the mid-sized family SUV segment. So it's smarter, classier, cleverer, quieter, better equipped and more sophisticated. British designed and built, this one's going to take some knocking off the number one spot.

Today, our roads are full of Crossover models, compact family-sized SUV-style hatches that blend the practicality of a family five-door with the lifestyle looks of a 4x4. Nissan didn't invent this concept but they've done more than any other brand to perfect it, most notably with this car, the Qashqai. And in its latest third generation form, this car has been rejuvenated - as we're going to see. It's strange now to think what a gamble this model seemed to represent when the first generation version of this design was originally launched back in 2007. Nissan had to make it work because they had no alternative conventional Focus-sized hatch to sell - and they did. Sales took off - and continued strongly with a second generation model launched in 2014, then heavily updated in 2017. Today of course, the mid-sized family SUV market is crowded with rivals from just about every brand. But is the original still the best? Nissan wants us to think so and has loaded this larger, smarter, sharper-looking MK3 model with all of its latest tech to make sure.

It was time for the Qashqai to make the switch to electrified engineering and, sure enough, that's what we've got. Rather bravely, given that a huge proportion of previous Qashqai customers have tended to fuel from the black pump, diesel has been ditched entirely and instead, customers are being offered the choice of either a mild hybrid four cylinder turbo unit or the brand's latest e-POWER hybrid system. Almost all sales, to begin with anyway, will be of mild hybrid models, all of which use basically the same 1.3-litre DIG-T engine that was offered before (co-developed with Renault and Mercedes), though usefully embellished here with 12V mild hybrid tech. As usual with set-ups of this sort, a small lithium-ion battery gives a fraction more mid-range punch and takes care of engine stop/start duties. As usual with a Qashqai, there's a choice of 6-speed manual or CVT Xtronic automatic transmission. And the 1.3-litre engine comes in 138hp or 156hp forms, the latter available with a much improved 4WD system. The AWD set-up is said to be more intuitive and intelligent, features five driving modes (Standard, ECO, Sport, Snow and Off-Road) and shifts power to the rear wheels five times quicker than the previous system. Handling across the range should be improved by a stiffer CMF-C platform. We should say a little about the e-POWER hybrid engine too, a 1.5-litre unit mated to a l40kW electric motor and offering a total power output of 187hp.

This third generation Qashqai is not only a sharper looking thing, it's also a little bigger too, having needed to grow in size to keep a distance from the brand's smaller Juke SUV. It's 35mm longer, 32mm wider and 25mm taller than the previous generation model but Nissan has been careful to try and maintain the compact exterior dimensions that endeared customers to the MK2 design. There's an enlarged Nissan V-Motion grille flanked by LED matrix headlights You'll notice key changes inside at the front too, where there's a new 'NissanConnect' 9.0-inch high resolution touchscreen offering wireless 'Apple CarPlay' and, according to Nissan 'just about all that's available in the market' when it comes to app-based and connectivity features. Top models get a 12.3-inch instrument screen and a 10.8-inch head-up display that's the segment's largest. The centre console's been redesigned with extra storage. The more ergonomic seats and more adjustable. And there's a cap-less fuel filler that can be opened externally, replacing the old driver's footwell release lever. On auto models, the new space saving gear shifter for the new 'shift-by-wire' CVT auto gearbox is much smaller but replicates the physical action of a traditional lever that customers tend to prefer. Out back, the differences in the size of this MK3 model are really evident if you've traded up from the previous model, helped by a 20mm increase in wheelbase length. Knee room for rear occupants has grown by 28mm to 608mm. The boot (which can now be accessed by a gesture-controlled powered tailgate) is much bigger too, now rated at 500-litres in size (50-litres bigger than before), with a compartment beneath the floor wide and deep enough to store the parcel shelf.

Prices haven't risen too much, so most models will continue to be sold in the £25,000-£30,000 bracket. There's plenty to spend extra money on if you have the budget. Large 20-inch wheels are available for the first time, as is a head-up display. And audiophiles will be drawn to the Bose Premium sound system. It features 10 speakers plus Bose's Acousticmass bass box located in the boot for a crisp, powerful sound. This Qashqai can also be equipped with the next generation of Nissan's 'ProPILOT' driver assistance technology - though mostly only if you specify the Xtronic auto gearbox. Called 'ProPILOT with Navi-link', the latest system is able to accelerate and brake the vehicle within a single-lane on a highway. This set-up takes care of steering duties and can adapt to things like changing speed limits. And 'ProPILOT with Navi-link' can communicate with the Qashqai's blind-spot radars to help intervene with a steering input correction to help prevent a lane-change manoeuvre if there is a vehicle in the blind-spot zone. Other upgrades include a 'flank protection' warning for urban situations, which alerts the driver of the risk of contact with an object on the side of the vehicle, typically when turning into a supermarket parking space. And the Qashqai can also intervene to prevent a collision upon reversing from the space thanks to an upgrade on the existing Moving Object Detection alert, applying the brakes to stop the car if a moving obstacle is detected nearby.

We've remarked before that mild hybrid technology promises more than it ultimately delivers in terms of fuel frugality and CO2 benefits - and so it is here. The figures produced by this third generation Qashqai's mild hybrid 12V 1.3-litre DIG-T petrol units are improved, but not by very much over the equivalent powerplants of the previous model. In WLTP terms, think in the region of 40mpg on the combined cycle and around 120g/km of CO2 for both versions of the mild hybrid engine. The mild hybrid system adds just 22kg to the overall vehicle mass. When decelerating, energy is recovered through regeneration and stored in the lithium-ion battery for use in acceleration or when the car is using its stop/start system. Qashqai customers for whom efficiency is everything will be drawn to the e-POWER full-Hybrid model, which is of the self-charging (ie. Non-Plug-in') variety. This electrified unit differs from those of other Prius-like full-Hybrid powerplants in that the petrol engine is unconnected to the driven wheels and is instead used exclusively to power the electric motor. Nissan reckons this set-up can deliver better fuel economy and enhanced emissions, while also providing the instant acceleration of a pure electric car. The Qashqai e-POWER, like Nissan's LEAF full-EV, also offers an 'e-Pedal' which can be used for both acceleration and deceleration. Plus this model can drive for small distances (under two miles) with the engine off.

Building a Crossover vehicle is easy. Building one as good as this Qashqai is a whole lot tougher, as competitors have found. Nissan has done all the expected things in order to keep this third generation design current - sharper looks, engine electrification, a bit more interior space - but at heart, this Qashqai offers much the same kind of family-orientated Crossover package. Which existing customers will very much like. But will fresh converts be attracted to this rejuvenated model? That's more difficult to say. There's an awful lot of competition from an awful lot of very talented rivals out there. And the Qashqai is no longer the bargain it once was. Still, this remains a car from a brand that clearly knows its market. It's still a benchmark. And it's still a starting point for anyone buying in this segment. 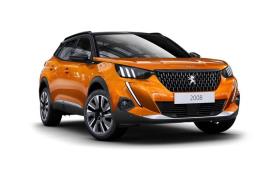 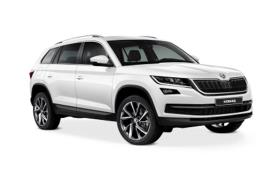 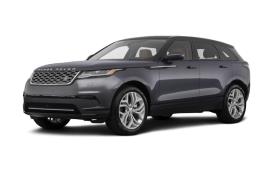 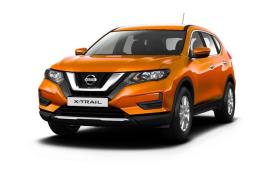