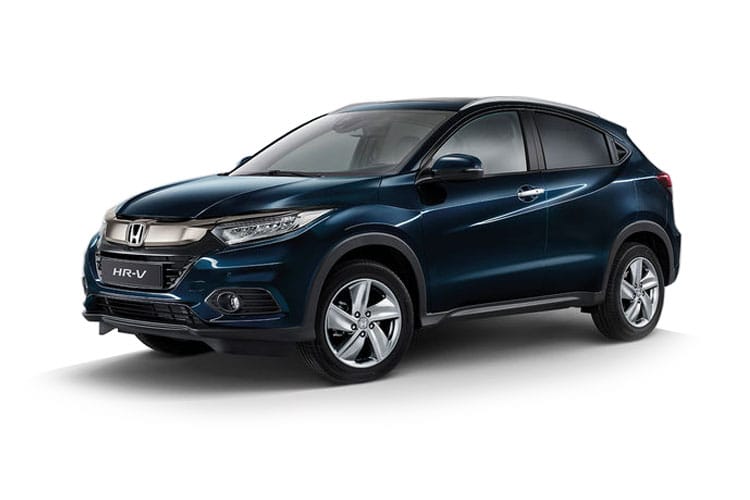 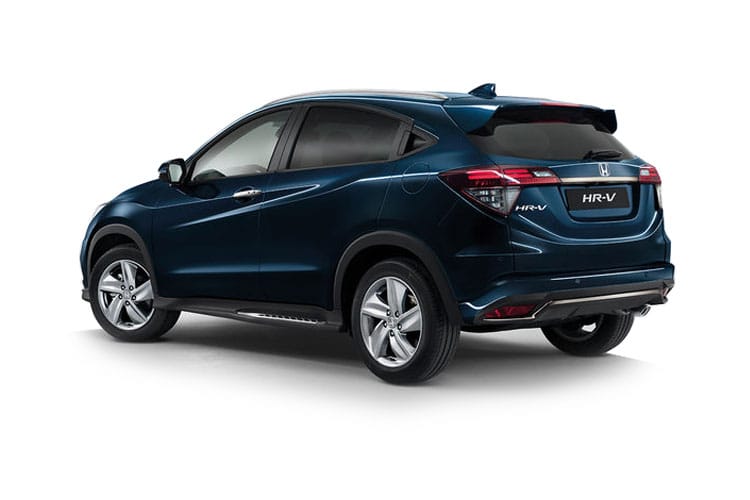 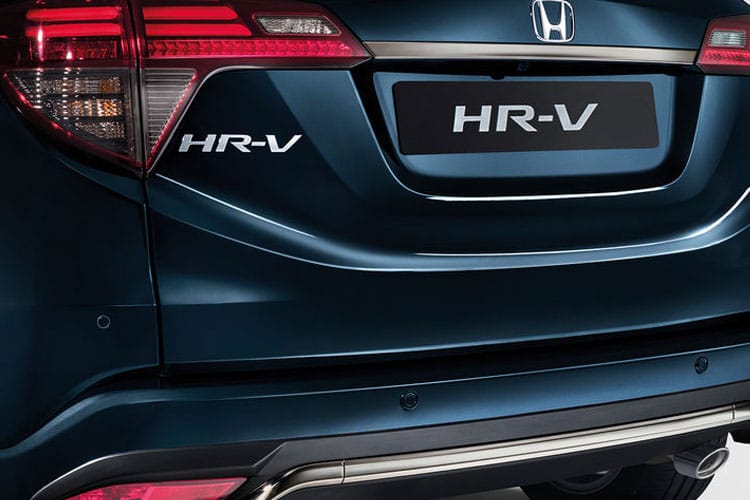 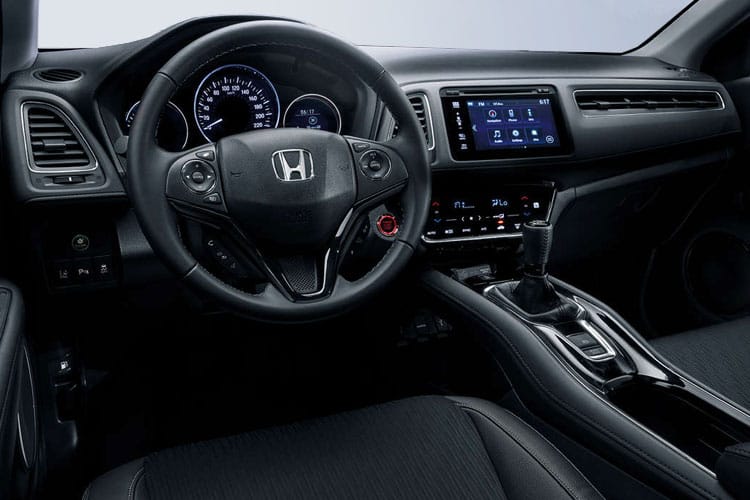 The Honda HR-V is an under-rated model in the compact SUV class but Honda hopes a few headlines for it might be generated by the variant we're looking at here, the top 182PS Turbo Sport flagship derivative. It's pretty pricey - but if you're in search of a more premium example of this kind of crossover with a bit of extra pace and interior versatility, it might just suit.

The Turbo Sport variant is the flagship model in the lightly refreshed Honda HR-V range. It features a more powerful 182PS 1.5 VTEC TURBO petrol powerplant, joining the existing normally aspirated 1.5-litre petrol and 1.6-litre DTEC diesel units already offered in the line-up. All models feature a key HR-V selling point, a cleverly versatile 'Magic Seat' interior that makes every other car in the class seem cramped and compromised. Sounds promising. Should this under-rated small SUV have previously been on your shopping list? Ought it to be now? Let's find out.

Right from the off, you have a feeling that this might be one of the better compact Crossovers to punt along. This flagship 'Sport' variant uses a 182PS turbocharged version of the 1.5-litre petrol unit Honda developed for its Civic hatch and gets 'Agile Handling Assist' torque vectoring, variable gear ratio power steering and rather over-firm performance dampers, all to try and make it feel a little more dynamic. Rest to 62mph takes 7.8s en route to a top speed of 133mph. It's quite a nice little engine this, accelerating strongly from around 2,000rpm and only really starting to run out of puff once you crest the 5,000rpm mark. Like many Honda units, it doesn't have a great amount of pulling power, but that's not a problem because it provides plenty of reason to use the lovely snikerty-slick 6-speed manual gear change. Why can't other brands produce a gear shift as good as this? That's assuming you've chosen a manual 'Sport' model of course. Your dealer will also offer you an alternative CVT automatic, which we'd suggest you avoid. The engine torque figure (normally 240Nm) has to be reduced by 20Nm to accommodate that optional belt-driven 'box, just one of the things that makes a CVT 'Sport' variant feel significantly less eager. And of course with an auto, it won't be as easy to rev the engine out and enjoy its perky, urgent note, embellished here with an 'Active Sound Control' feature that amplifies the engine note (rather effectively) through the stereo speakers.

This Turbo Sport variant gets a more dynamic look, courtesy of full LED headlight beams and a slim black front splitter. Black door mirror caps, side skirts, special wheel arch mouldings and matt black 18-inch alloy wheels further distinguish this top model. Plus at the rear, you get twin exhaust pipes, plus smoked lamp clusters with LED illumination. As with any HR-V, you get the packaging brilliance of Honda's so-called 'Magic Seat' system. It's something that sadly, you can no longer have in the brand's Civic family hatch and it's made possible by this Honda's centre-mounted fuel tank layout. This liberates the floor of the cabin and allows all kinds of interior permutations. Let's take just one of them, the 'Magic Seat' 'Tall mode' where the front of the rear seat base rises up and can be locked in a vertical position to leave a cargo height of 1,240mm from floor to ceiling, allowing the object in question to be placed behind the front seats. It's ideal for tall, fragile items - maybe a small potted tree you've bought from the garden centre; or perhaps a bulky item of electrical equipment. The other two 'Magic Seat' settings relate to the more conventional cargo configurations we'll have a look at now. Raise the rear hatch and you'll note the wide cargo opening and low loading lip that pave the way towards a conveniently-shaped boot that's VDA-rated at 431-litres and is pretty spacious by small SUV standards.

Price-wise, you'd really have to want the Turbo Sport version of this HR-V because it costs nearly £28,000 - in manual form. There's a premium of around £1,200 to pay for the CVT auto version. We've talked about the exterior embellishments of this variant in our 'Design' section. Inside, there's fabric and leather combination upholstery finish, sports pedals and heated front seats. As for driving stuff, well there are firmer performance dampers, a variable gear ratio power steering set-up and Honda's traction-enhancing 'Agile Handling Assist' system. Like other mainstream HR-Vs, this one gets front fog lights, front and rear parking sensors, heated power-folding mirrors, rain-sensing wipers, a rear parking camera, climate control, leather for the steering wheel and gear knob and a very complete package of camera safety kit. As well as autonomous braking, this includes 'High Beam Support', Forward Collision Warning', a 'Lane Departure Warning' system and 'Traffic Sign Recognition'. What else? Well, there's stability control of course - Honda's 'VSA' Vehicle Stability Assist' system. Plus the usual ABS braking set-up with a 'Brake Assist' feature to help in emergency stops that'll be advertised to following motorists by automatically-activating hazard lights. You also get an 'EDDB' 'Early Downshift During Braking' system that automatically increases engine speed to provide engine braking in deceleration, downhill or cornering situations.

For this 1.5 VTEC TURBO petrol 'Sport' variant, the efficiency figures aren't especially stellar: 42.4mpg and 151g/km for this manual version - and 39.8mpg and 162g/km for the CVT auto. Where this Honda does have a clear advantage over most rivals is when it comes to residual values: expect around 41-45% of your original purchase price back after the industry-standard three year/60,000 mile ownership period. The three year 90,000 mile warranty is better than the package you get from many competitors too. In addition, surface corrosion is covered for three years, exhaust corrosion is covered for five years, chassis corrosion is covered for ten years and structural corrosion for twelve years. Service intervals are every year or every 12,000 miles, whichever comes first. And many customers will want to budget ahead for scheduled maintenance with fixed-price scheme called 'Five'. It includes five years' worth of maintenance, an extended warranty for this period and roadside assistance breakdown cover should the unexpected happen. This can be transferred to a new owner if you sell the car before the service plan has expired. Finally, we'll tell you that insurance is group 27.

There are so many small SUVs now on sale that you wonder whether any of them really offer anything different. Refreshingly, this HR-V does. It's a touch more spacious than other cars in this class, with superior practicality you can really make the most of thanks to the brilliantly flexible 'Magic Seat' system that offers MPV-style interior flexibility. We're slightly less enthused about this 'Sport' variant, now the HR-V line-up's flagship model. Viewed in isolation, it's actually a very nice product, but it's priced at a level that'll be difficult for potential buyers to justify. Plus we think a typical HR-V buyer will find the suspension somewhat over-firm. Overall though, we continue to like the HR-V. The brand still isn't importing enough for it to become a mainstream choice, but then this was never going to be a high volume model. It will instead appeal to those in search of the cleverest and most versatile car of this kind. High fashion's all very well, but its charms tend to fade. We think that the appeal of this Honda is less likely to.

per month
Initial rental:
Total price:
Finance Type (Contract hire)
Business
Personal
Contract length (months)
24
36
48
Initial rental (months)
1
3
6
9
12
Annual mileage
8000 miles per annum
Vehicle maintenance
Yes
No
No - I understand I will be responsible for all scheduled servicing, maintenance & tyres of my vehicle
Yes - I would like my vehicle maintained and serviced throughout the term of the contract

All offers are subject to change at any time, you must be 18 or over and finance is subject to status, vehicle availability and terms and conditions apply. We can introduce you to a limited number of finance companies, a commission may be received. Failure to maintain payments may result in termination of your agreement and the vehicle being returned, this could affect your credit rating and make it more difficult to obtain credit in the future. All prices correct at time of publication.

All vehicle images and car descriptions on this site are for illustration and reference purposes only and are not necessarily an accurate representation of the vehicle on offer.

You should try and estimate the distance you will travel as accurately as possible to try and avoid excess mileage charges at the end of your contract. 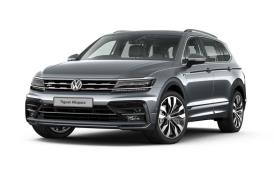 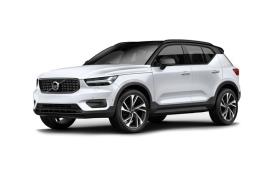 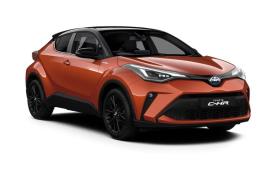 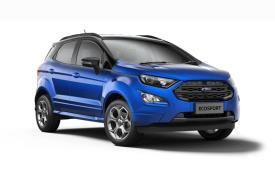